KLH Audio was established in 1957 by Henry Kloss, Malcolm Low & Josef Hofmann. Henry Kloss first made his name as part of Acoustic Research with the introduction of the AR-1 and its patented acoustic suspension system that revolutionized the high-fidelity industry. Henry Kloss later left Acoustic Research to start KLH, and immediately began marketing his own acoustic suspension loudspeaker designs. The original KLH Model Five loudspeaker was first introduced in 1968, and was one of the best-selling speakers throughout the late1960’s and early 70’s.

KLH re-issued the famous Model Five during the spring of 2021. This new three-way loudspeaker features updated cosmetics, as well as all the major advancements in transducer design that have occurred over the last 50 years. But the original acoustic suspension philosophy, cabinet construction and size all remain intact, thus maintaining the performance and appeal the loudspeaker enjoyed when it was first introduced.

What's in the box: 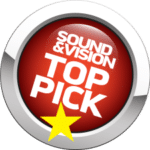